Primary school in Sukepokhari receives solar power and educational resources
Jaleshwari
The focal point of NRVT’s work is Jaleshwari, a large village in the Eastern region of Nepal, in the north of the administrative district of Khotang around 80 kilometres from Mt. Everest. The school solar power projects have extended to Rhupangmare and Sukepokhari, villages situated in the adjacent district of Lower Solukhumbo. Mt. Everest is situated in Solukhumbo district.
Jaleshwari covers an area of approximately 15 square kilometres of steep mountain slopes with the highest point being Tuhure village at around 2,200m altitude and the lowest point on the banks of the Dudh Koshi river at around 700m altitude. The steepness of the terrain makes it difficult to farm and to move around, even on foot. In 2017 rough roads were cut in to the mountain side improving access. However, these roads can quickly become impassable due to landslides following the monsoon rains. The topography has made it difficult for organisations to carry out significant development work.
The population of Jaleshwari is around 2500 divided between approximately 450 households. The people are an eclectic mix of different indigenous groups most of which speak their own native language. However, Nepali is obligatory in schools so almost everyone speaks this too. Ethnic groups include Thulung Rai, Tamang, Chhetri, Brahmin, and Sherpa. Major religions followed are Hindu, Buddhism and Christianity.
The main occupation is subsistence farming, the principal crops being maize, rice and millet and potatoes and buckwheat.
Around one third of households have at least one member who have gone abroad to work, usually to the Middle East or South East Asia. This is an expensive business and migrant workers often go into considerable debt to do this, borrowing money at high-interest. Often the gamble does not pay off and the work they obtain is unskilled and low-paid which means they return to Nepal with little or no profit.
Through the Community Farm Project NRVT aims to create a centre which will demonstrate new crops - including potential cash crops - and good farming practice to show farmers that they can create a viable future for themselves and their families on the mountain side without the need to migrate abroad to work.
The map below is large scale and shows the relative distance to each other of some of the places mentioned on the website. 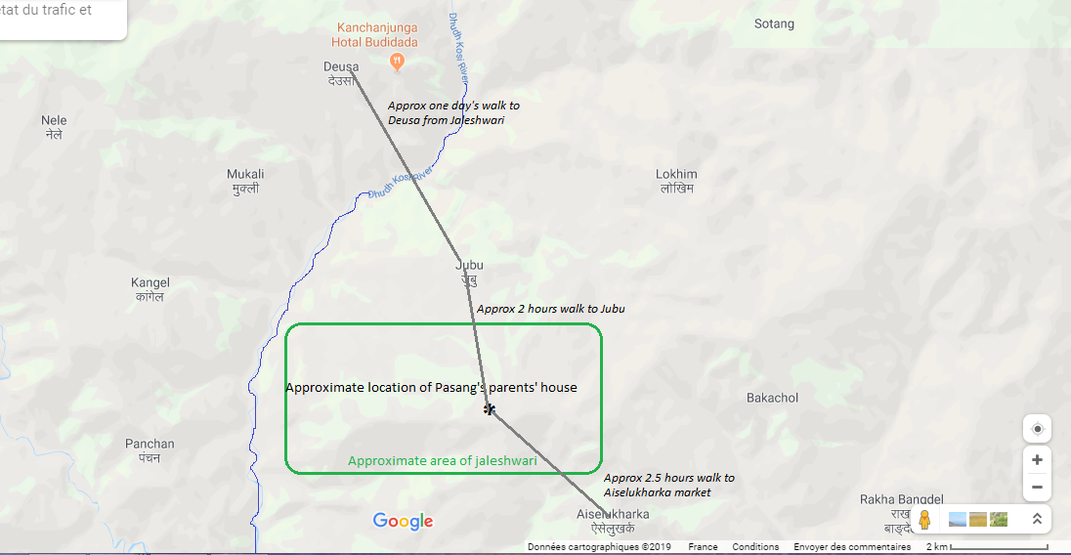 The green rectangle shows the approximate area of Jaleshwari from the Dudh Koshi River to the highest point at Tuhure. Heading north, Jubu (in Lower Solukhumbo) is about a two hour walk down hill, the river is another couple of hours. There is a modern suspension bridge over the river wide enough to take a pack of donkeys. The training centre at Deusa (1,600m) is then a steep three hour trek up the other side of the valley. For a fit Nepali, the walk from the centre of Jaleshwari to Deusa takes a day!

The above rectangle shows the area covered by the first map. Lukla,(2,860m) where the planes fly in to start the Everest Base Camp trek, is about a three-four day walk from Jaleshwari.

The map below shows the location of Jaleshwari relative to Kathmandu and Mt Everest. 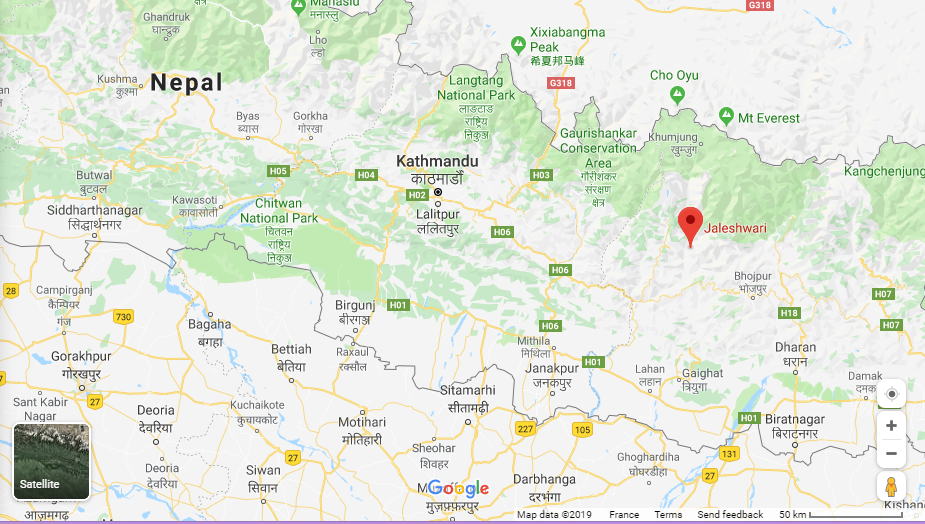 ​The map below illustrates the position of Nepal relative to India and China. ​Jaleshwari is in Sagarmatha zone approximately two days walk east from the mid-point of Salleri and Okhaldhunga. Mount Everest is visible to the north. 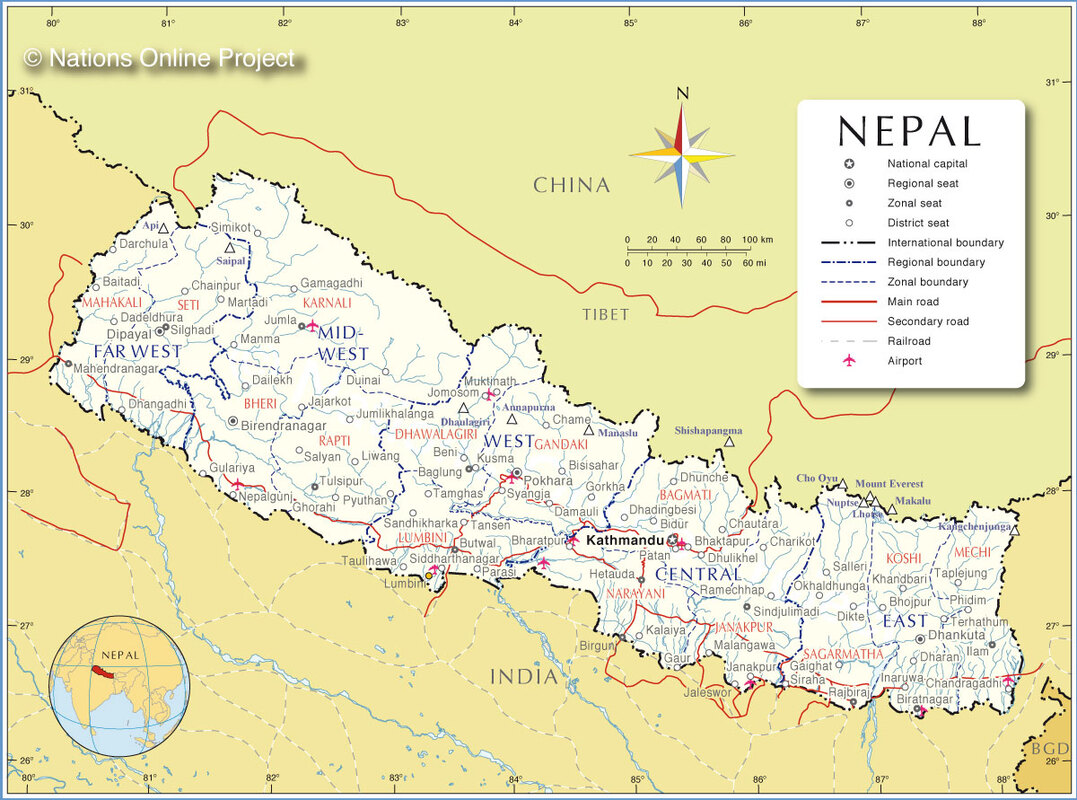